Building a real-time app? Here’s why Node.js is your best bet. 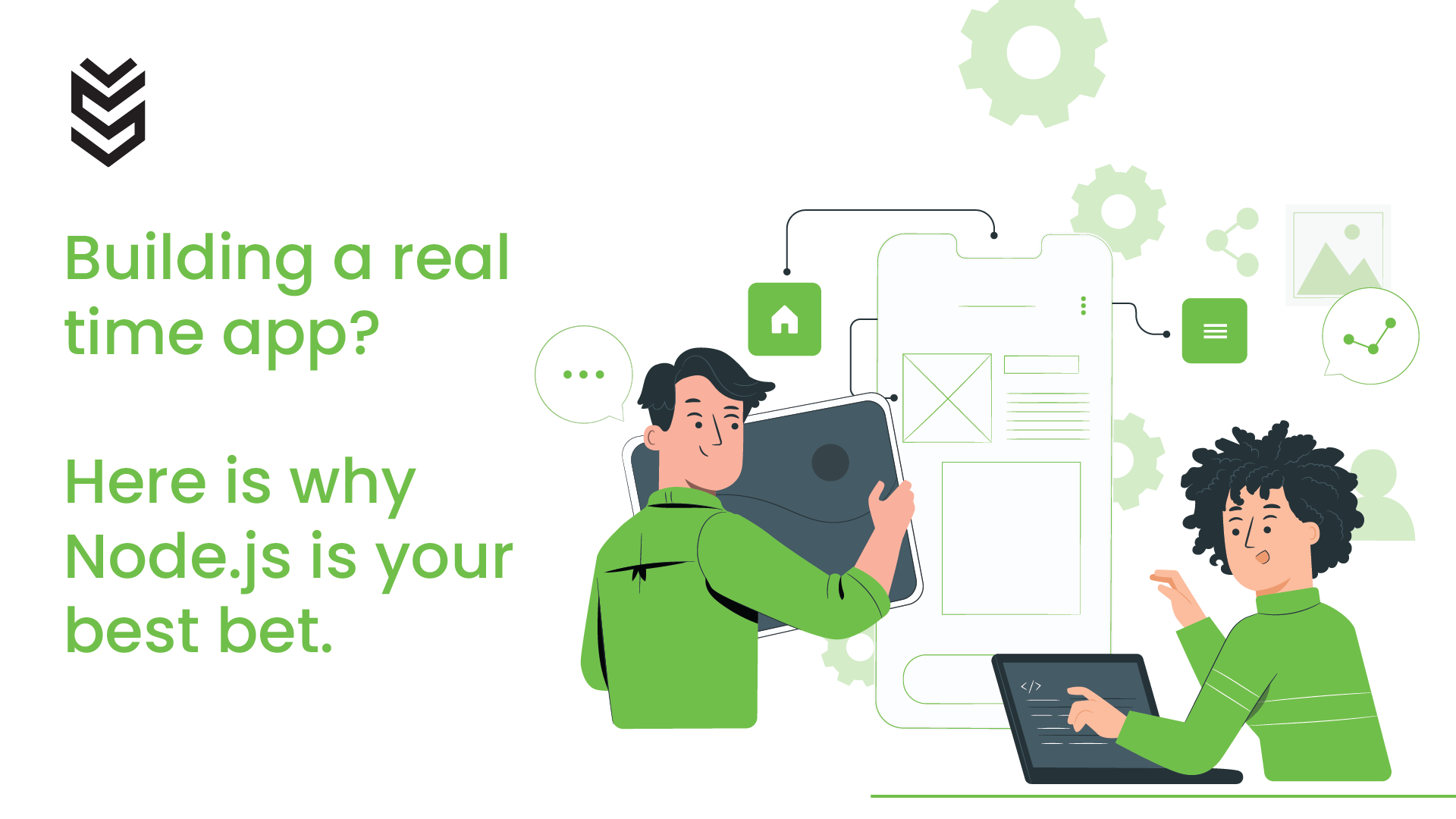 Quick, easy and actual solutions. That’s what users hunt for today. Whether it’s on a website or an app, even the simplest of real-time features like chat boxes and notifications help address the users’ needs in a superior way. They create an impression in a way that very few features can.

This blog has been written about the development of real-time apps; specifically using Node.js. Why should it be done on node.js, and what are the advantages of doing so?

Before getting into all that, here’s a tidbit about real-time apps and node.js. (Already aware of it? Skim to your part from below)-

What are real-time apps?

As the term suggests, these are simply the apps that perform real-time functions based on user-behavior. These are functions that are dynamic, and enable manual interactions. Chat boxes, online transactions, notifications, online gaming, and video-conferences are some of the primary examples of real-time functions.

These functions basically elevate user-involvement and engagement, and address their requirements in an efficient manner.

Some of the real-time functions you'd have seen

Has that restaurant prepared your order yet? Has your product been shipped? Where is that delivery guy wandering around?

Users need answers for these questions. And it’s the feature of real-time tracking that provides it. Quite obviously, this is one of the tools that are unavoidable as far as Ecommerce stores or cab companies are concerned.

Plus, real-time notifications also aid in enhancing the overall ROI of businesses.

The feature of live streaming is something almost every social-media app makes use of. Facebook and Instagram are among the prime examples today. These require real-time capabilities to run at their absolute best.

Real-time messaging is becoming quite a central part of business apps. While social-media platforms like WhatsApp and Instagram are obvious examples, the feature of chat-boxes is being put to use by several Ecommerce and lifestyle apps too.

It simply provides a better space for users to reach out in an instant. 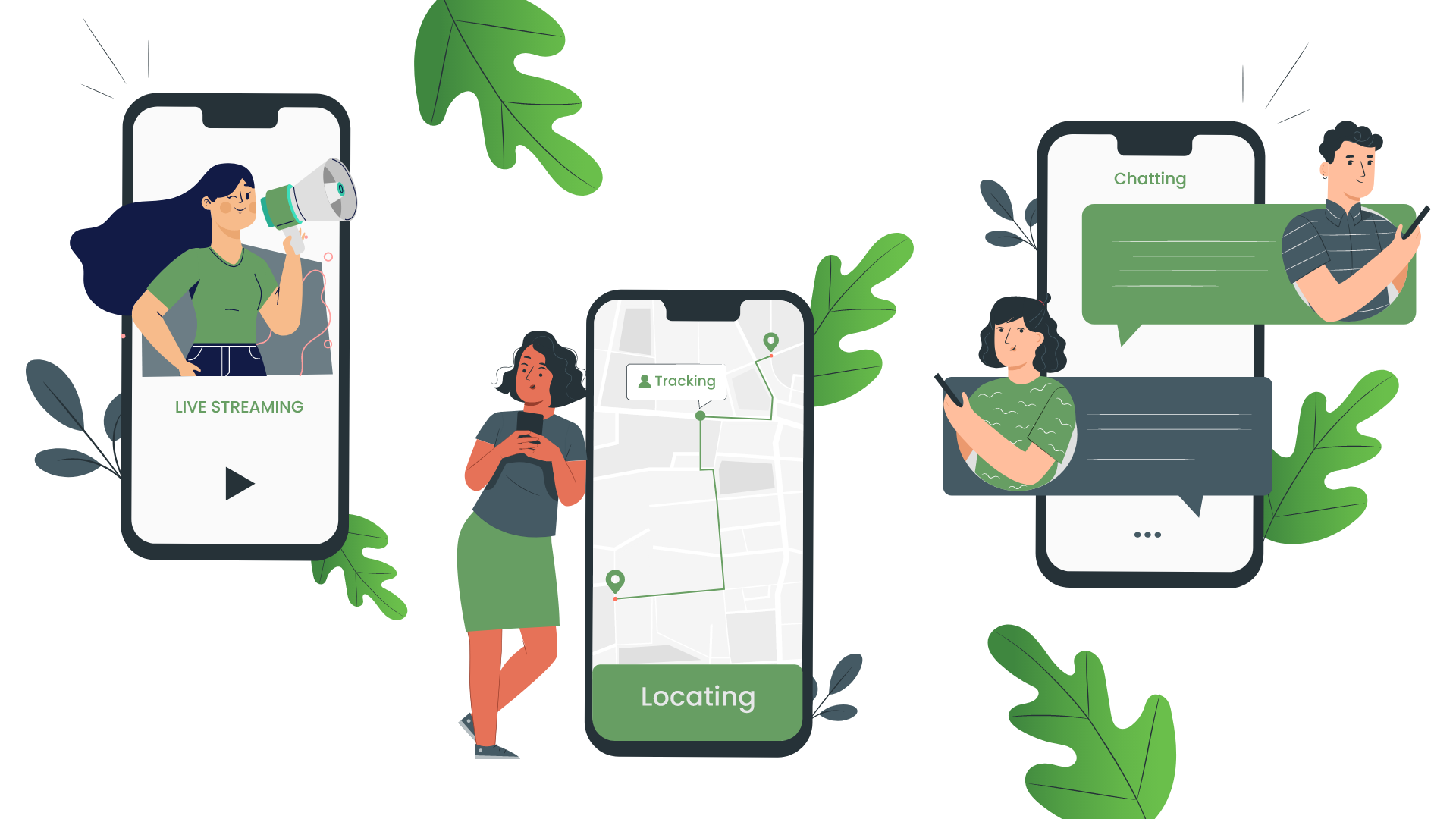 Where does Node.js fit into this?

Simply speaking, node.js is among the optimum choices for mobile/web application development whenever factors of speed and scalability take the center stage. Real-time applications require efficient two-way connections, and node.js is one of the best at facilitating the same.

There are certain specific benefits that node.js enables in real-time application development, and it’s the discussion of the same that the blog has been aimed at. We suggest you take a read, and decide if these advantages would make sense for your business app to have. Since that’s what it all comes down to.

It just takes a single language

A significant benefit to be availed from using node.js for real-time app development, is that it only uses one language for both back-end and front-end development- JavaScript.

This cuts back on quite a lot of time from the application development cycle, and makes the entire process a lot easier. Plus, apps built this way demand fewer resources for maintenance than any other app would.

The most cost-effective of all

There’s a major belief among blooming businesses regarding real-time app development being a rather expensive process. Well, it doesn’t have to be. We also assume that there won’t be a single owner out there who’s keen on spending more than what’s required for his/her business.

Node.js is practically known to be the most cost-effective platform out there for real-time app development. It’s not like there’s a compromise to be made either. It offers high speeds, high scalability, supreme features and improved performance, all the while staying affordable. It’s quite a bargain.

No such thing as enough SEO

On top of everything mentioned, node.js is recorded to be SEO-friendly. Built to allow back-end rendering, it elevates the reach, and improves the SEO of your real-time application.

Moreover, apps built on node.js are simple and straight in design. This is yet another factor that could elevate the appeal of your real-time application, since literally no user would be interested in grinding through a complicated app.

The feature of data-streaming

Data streaming simply refers to the breaking of large data into smaller manageable chunks. What this would mean for your user, is a mobile that won’t slow down because of your app.

Since data streaming consumes extremely low rates of memory, your apps will simply run faster, and perform better. The last thing your customers would want is a drowsy app that makes their phones even drowsier. That’s a good way to get your app uninstalled.

Also due to its nature, data streaming significantly shortens the duration of the mobile application development process. Thus in every way, shape, and form, data streaming translates to improved efficiency.

Building the app only gets you halfway. Businesses ought to have a proper team of developers keeping maintenance checks on their apps. Bugs need to be fixed, and updates need to be installed as and when need be.

Developers are always on the hunt for technologies that offer continuous support, and node.js is one of the best at it. Its framework offers long-term support and aids in the efficient maintenance of your applications.

This here is a benefit for us- the app developers you’ll work with. Which in turn would translate into a benefit for you. Node.js allows developers to share and utilize a wide array of node components among the community, instantly providing a boost in work-speed and efficiency.

This is among the central reasons why a large majority of real-time app development companies prefer node.js for their projects over other frameworks. 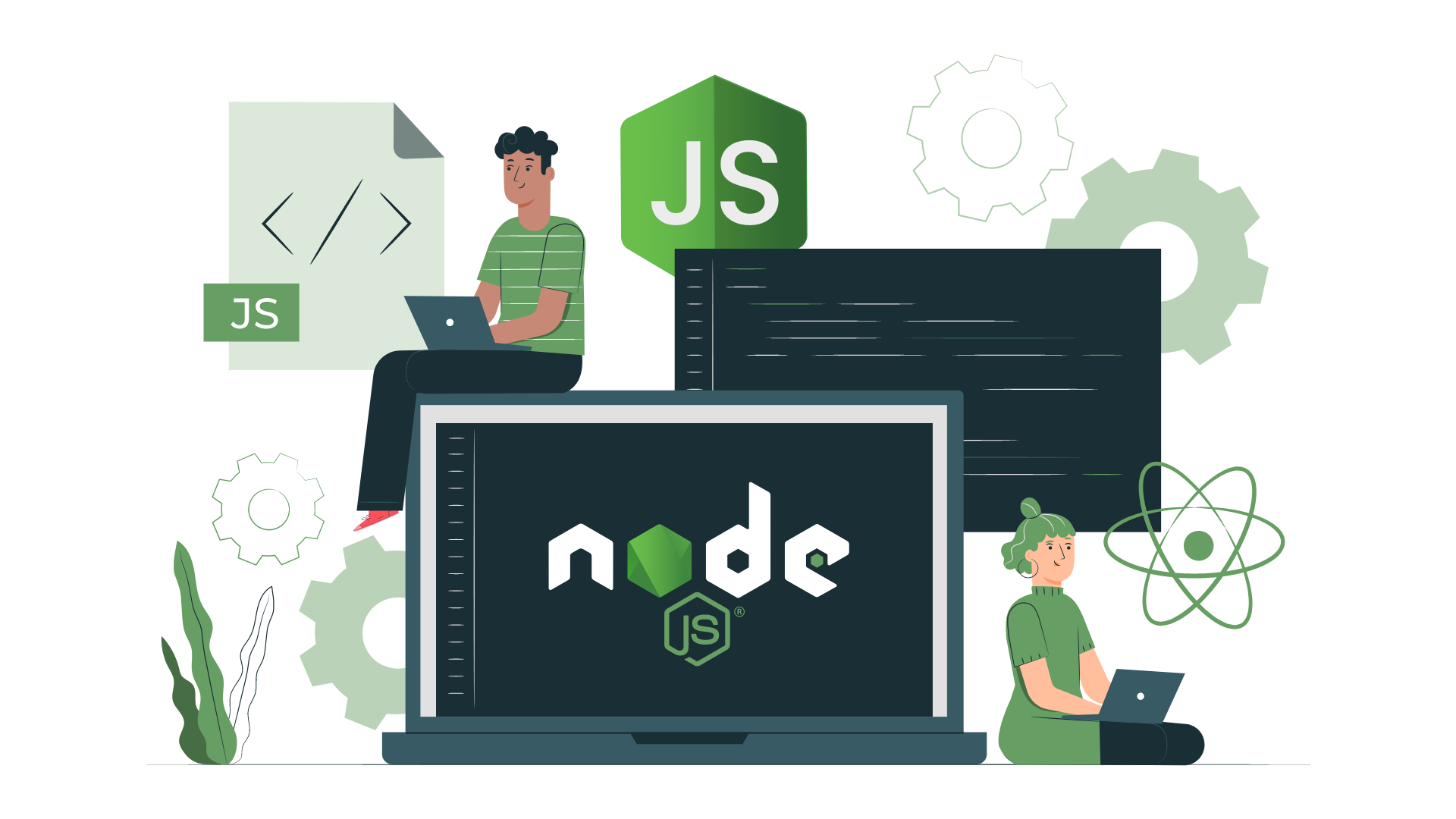 What to take away?

Node.js is your best bet if you’re looking to build a real-time app for your business. That’s it. That’s simply what we want you to take away from this.

From event-based and non-blocking servers, to its wide tool-set, it features everything required to facilitate user-interaction and remote collaboration in the best of ways. To get it done the way it’s supposed to be done, get in touch with a proper team of node.js web developers. Just to raise a hand, the team of mobile application developers housed by KickStart solutions, will simply create real-time apps that elevate your business to newer heights.

And obviously, the first step we want you to take includes asking yourself if you do need a real-time app for your business. If it does stand to benefit from a real-time app. And if it does need one, you know where to start looking.

We use cookies on our website to give you the most relevant experience by remembering your preferences and repeat visits. By clicking “Accept”, you consent to the use of ALL the cookies.
Do not sell my personal information.
Cookie SettingsAccept
Manage consent

This website uses cookies to improve your experience while you navigate through the website. Out of these, the cookies that are categorized as necessary are stored on your browser as they are essential for the working of basic functionalities of the website. We also use third-party cookies that help us analyze and understand how you use this website. These cookies will be stored in your browser only with your consent. You also have the option to opt-out of these cookies. But opting out of some of these cookies may affect your browsing experience.
Necessary Always Enabled
Necessary cookies are absolutely essential for the website to function properly. These cookies ensure basic functionalities and security features of the website, anonymously.
Functional
Functional cookies help to perform certain functionalities like sharing the content of the website on social media platforms, collect feedbacks, and other third-party features.
Performance
Performance cookies are used to understand and analyze the key performance indexes of the website which helps in delivering a better user experience for the visitors.
Analytics
Analytical cookies are used to understand how visitors interact with the website. These cookies help provide information on metrics the number of visitors, bounce rate, traffic source, etc.
Advertisement
Advertisement cookies are used to provide visitors with relevant ads and marketing campaigns. These cookies track visitors across websites and collect information to provide customized ads.
Others
Other uncategorized cookies are those that are being analyzed and have not been classified into a category as yet.
SAVE & ACCEPT
Powered by

Hit enter to search or ESC to close